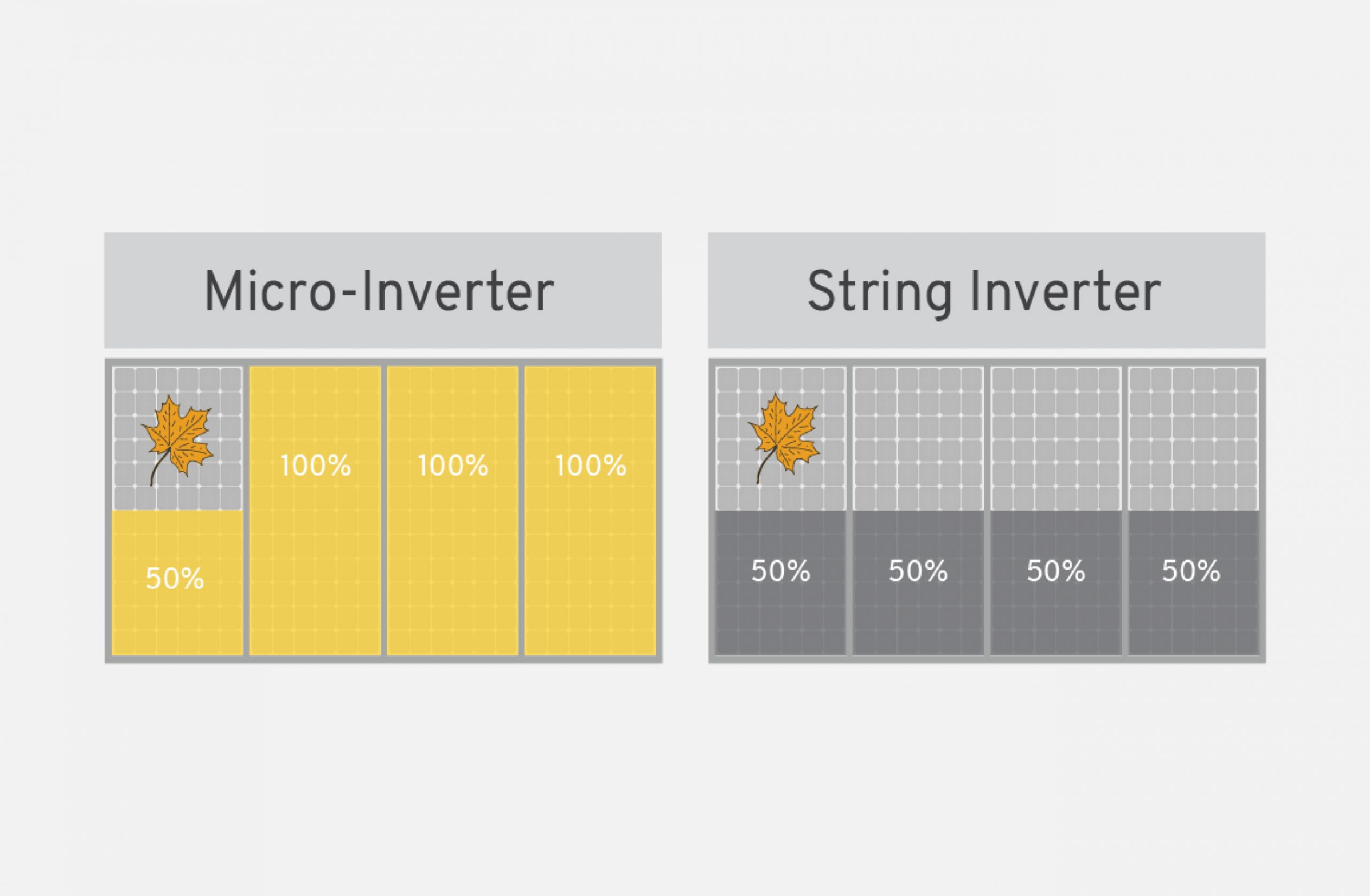 There are many parts of a solar system, and it's important to pick the right pieces to ensure the best quality and highest efficiency. Inverters are an important piece because otherwise, your home wouldn't be able to use the energy generated by your panels.

Solar panels turn the sun's energy into DC current, which needs to be converted into AC current to be used by your house. We use inverters to do just that. There are two main types of inverters used for most solar; systems–string inverters and microinverters.

At Polaron, we choose to use microinverters in all our systems. Let's look into the differences between the two to better understand why we decided to go with microinverters instead of the traditional string inverters.

How do They work?

String inverters are a single box installed near your main service panel and electric meter. String inverters link your panels in a series, usually connecting 6-12 panels. Depending on the size of your system, there can be 1 or 2 of these installed for a single system.

Microinverters are much smaller and installed underneath each individual panel, linking them in parallel. You'll typically have as many microinverters as there are solar panels in the system, although some microinverters can be connected to 2-4 panels at once.

Safety is something that needs to be considered when installing a solar PV system. Microinverters make sure DC never exceeds 60V on your roof, whereas string inverters can go up to 600-1000V. This is because microinverters can convert raw power to safe energy at the micro-level, ensuring no high voltage is running on the roof at any time, significantly reducing the risk of fires. Rapid shutdown is also already implemented in every inverter, making it easy to shut off in case of emergency.

Because string inverters connect panels in a series, if one goes down or produces less energy, every other panel in the series is also affected. This is especially an issue if partial shading of your panels is happening throughout the day as the entire system will only perform as well as the lowest producing panel.

On the other hand, microinverters will not experience this same issue because they connect in parallel, which ensures that all your panels are working independently at the highest efficiency.

Microinverters also make it easy to monitor each panel's performance. Monitoring Apps and web clients allow customers to see individual panel production. It's easy to use and informative, providing all the information you need about your system.

On the other hand, string inverters are easier to troubleshoot since it is the only inverter. The installation location also makes it easier to check on and repair if there is ever a problem.

On average, string inverters cost less than microinverters to install because there is usually only one, and therefore, less hardware needs to be purchased overall. However, it's important to note that if you live in an area that requires rapid shutdown of your system in case of fire, there might be additional costs for a rapid shutdown box that will need to be installed near the electrical service entrance.

Why do we use Microinverters?

Looking at all the facts, why did we choose to install microinverters? We wanted to combine highly efficient power inversion with user-friendly monitoring to bring you reliable, safe and sustainable energy. Our proprietary system architecture increases solar harvest and ensures maximum output for your PV arrays. 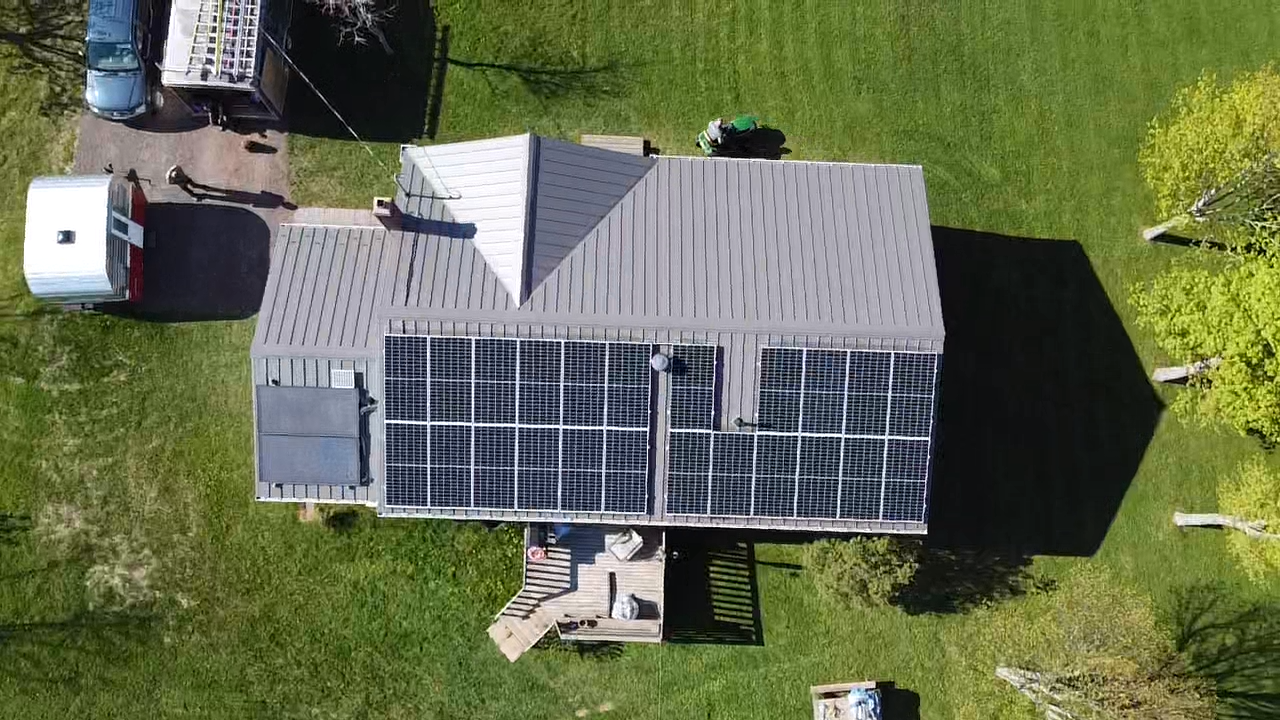 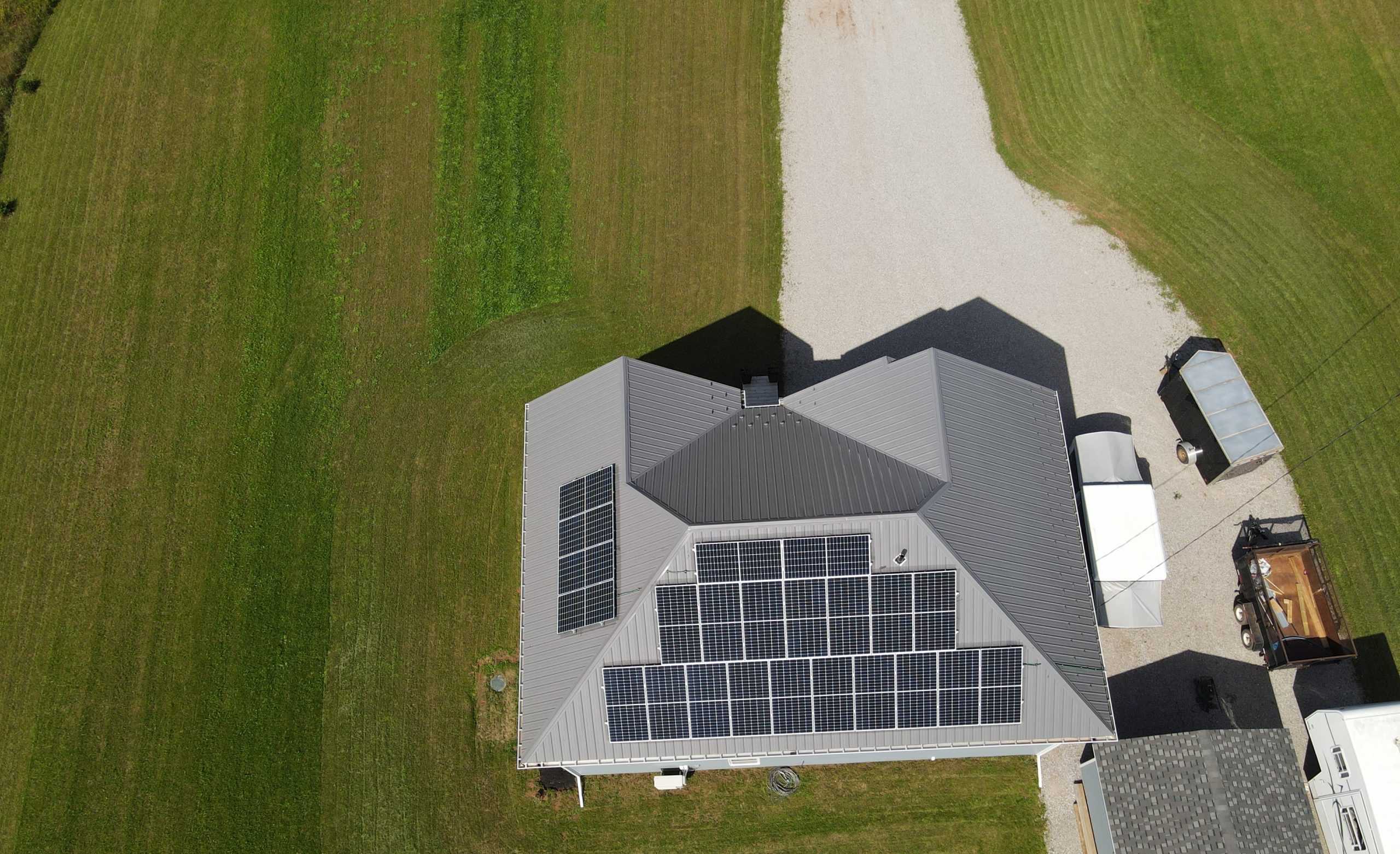 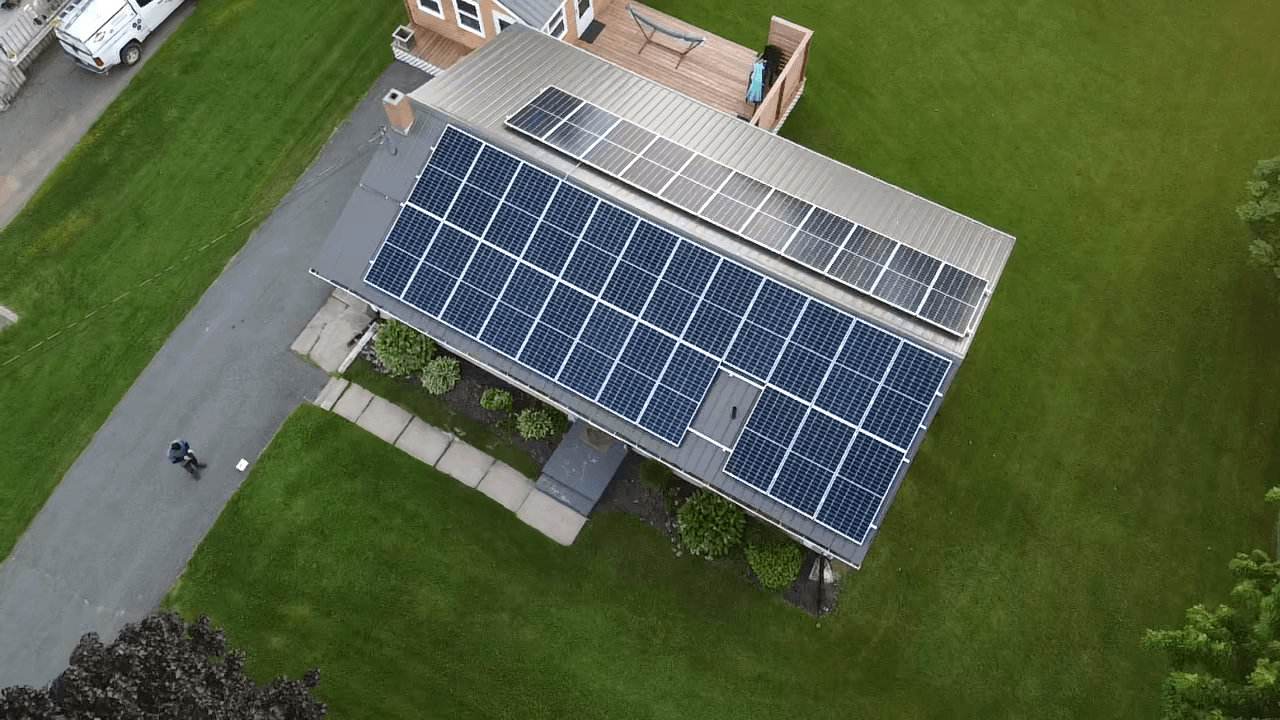