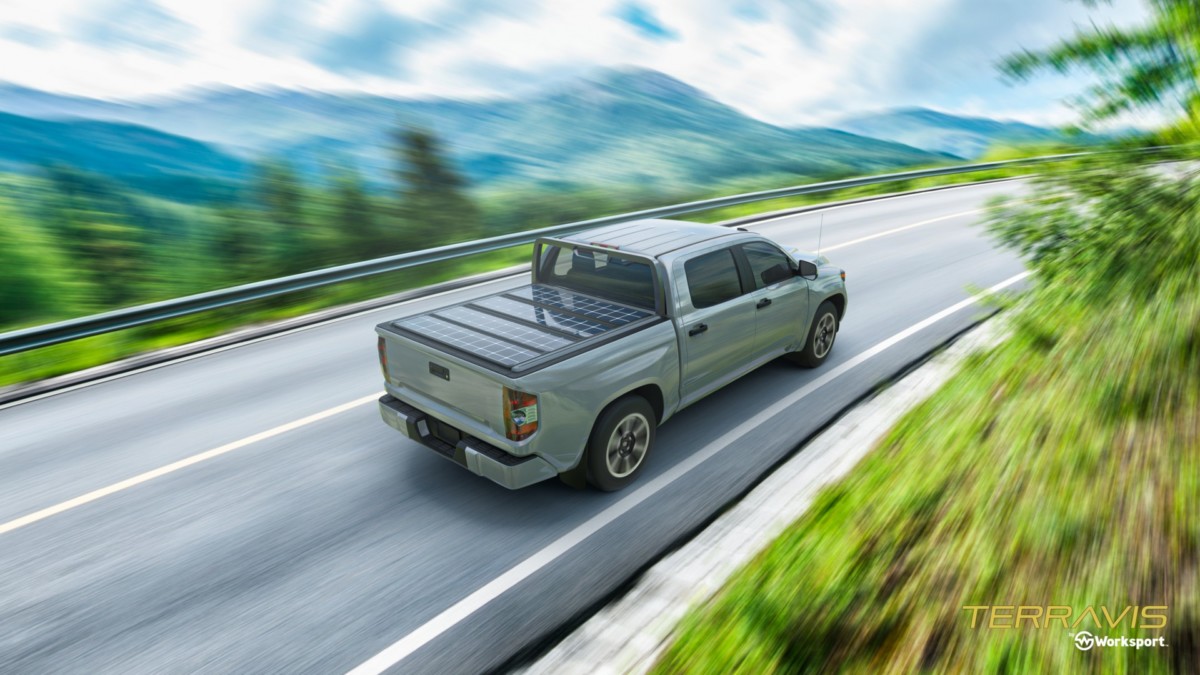 In many ways, solar panels on cars are an absolute no brainer. Some manufacturers have been integrating them for a while now. Panels served as an optional add-on in the 2015 Toyota Prius, and before that, they were standard on the 2012 Fisker Karma. The much-touted Tesla Cybertuck will have it as an option.

However, the range of electric vehicles has always been an issue — let alone one dependent and the sun.

Earlier this year, we got a very bright look at what could be the future of solar vehicles, Lightyear One: the world's first fully solar-powered car that can get up to 450 miles of range on a single charge.

All fine and good, but what about individuals who (for example) drive trucks like the Ford F-150 on a daily, and aren't interested in updating to a pricey vehicle that isn't quite suitable for consistent long hauls?

Worksport, one of the top truck bed manufacturers on the market, has a brilliant solution, TerraVis: a solar panel that fits as a tonneau cover.

The cover is retrofit to the truck's load bed, and its panels absorb the sun's rays and turn them into electricity — with battery packs that can store up to two kilowatts of power. What's cool is that packs don't exclusively have to be used to power the truck. There are breakaway units that can act as mobile power banks for anything from an electric drill to a phone charger.

Worksport's CEO, Steven Rossi, states the system is designed to provide a significant energy source for the new wave of electric trucks, contributing between 25 and 30 percent of the charge that the average commuter would need. They currently have plans to offer specific solutions for electric vehicles from Ford, GM, Rivian, Bollinger, and Tesla.

Expect to see the new product roll out over the next year or two.