2 mins ago
Do Solar Panels Work in the Winter: Cold Temperature, Snow, and Rain - Polaron

Do Solar Panels Work in the Winter: Cold Temperature, Snow, and Rain 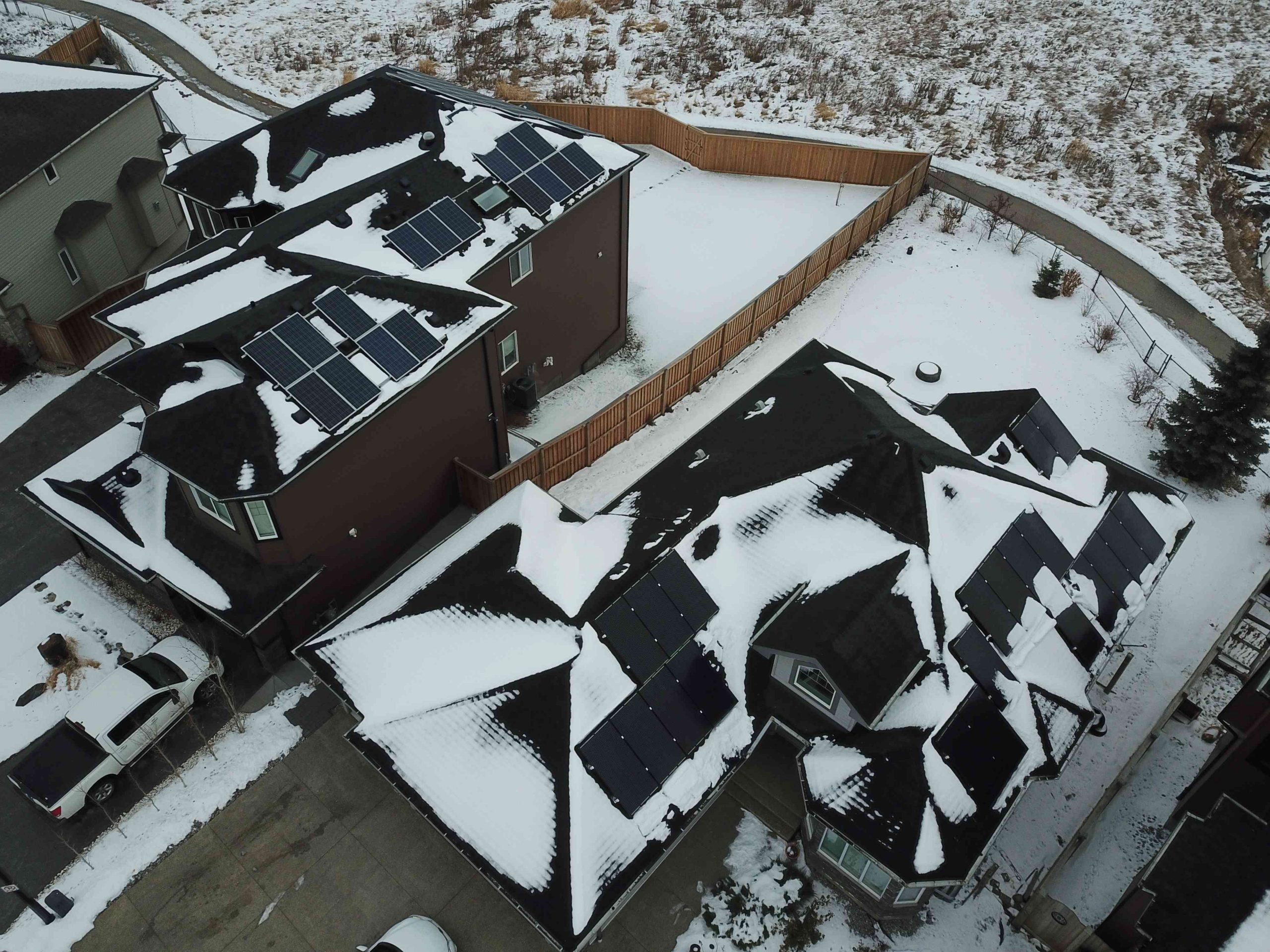 As solar’s popularity grows, so does the noise surrounding widespread misconceptions about it, especially in Canada. Solar is a great and affordable renewable energy alternative that has helped many Canadians reduce their carbon footprint and save on rising utility costs. Unfortunately, many Canadians are being led astray by myths about the effectiveness of solar during the winter months.

Obviously, weather and climates vary from province to province, but it is a known fact that Canada gets more snow than a lot of US states. The belief is that solar only works if there is the sun shining every day of the year, but that’s just completely untrue. Today we want to help set the record straight by giving you an in-depth look at how solar works during the winter months.

The popular belief is that the hotter the weather is, the more efficient your panels are. It’s essential to understand exactly how solar panels produce energy. Panel production is really less about the temperature and more so affected by the amount of light there is. It’s also important to note that panels are actually most efficient during cooler days than extremely hot ones.

Panels generate energy through sunlight photon particles interacting with the panel PV cells. Electrons will react once the light reaches the cells and create an electric current. This current is what helps power your home and gives you the electricity you need throughout the day.

Now, what exactly makes your panels work efficiently? Efficiency is based on the difference in voltage between the electrons resting and active states. Warmer panels caused by hot temperatures actually give the electrons more energy at rest, lowering their potential difference. When electrons have lower energy at rest during these cooler days and then are activated by sunlight, it causes a larger voltage difference. Like we said earlier, a greater difference means more energy for you and your panels.

Solar panels will still work even while partially covered in snow. As long as light hits parts of the panels, they will still produce adequate electricity.

Generally, Solar PV installers will install panels at an angle of 35 to 45 degrees, ensuring that any snow on top will slide off easily. Snow also naturally melts off your panels faster than it would on a roof without panels. Any snow that accumulates during a bad storm will not stay long enough to affect your overall production by a noticeable amount.

High-quality solar panels are also definitely made for Canadian winters with heavy snow loads. The glass can withstand hail up to 2.5cm—roughly the size of a golf ball falling at the speed of 82.8km an hour. The snow and wind load is usually about 50cm of snow settled on your panel, and 220km/h winds pushing against the panels.

It’s essential to look at the bigger picture. Production will be less during the shorter winter months, but we believe that the energy you will produce during the summer will more than likely make up for that.

This is to say that everything will eventually balance out, especially with the help of Net-Metering. Even if you’re not producing as much electricity as your house needs during the winter, you can use your accumulated credits from the summer to even it out.

BC especially seems to be known for its rainy seasons. It’s understandable to be concerned about lowlight performance through the seemingly endless clouds in the sky, but there’s no need to worry!

Sunlight will still be delivered to your panels through cloudy skies and rain. Indirect sunlight can produce plenty of electricity, especially with monocrystalline panels with PREC technology famous for its higher efficiency and excellent low-light performance.

Another thing to remember is that panels work with diffused light caused by the rain. Diffused light is scattered by particles in the atmosphere before reaching the earth. Therefore, the number of clouds in the sky will determine how much electricity will be generated. Even though dense clouds may decrease performance, it’s not a significant amount to be concerned about on an annual basis.

Rain is not the worst thing in the world for your panels, either. It can help wash away accumulated dust, which can maintain the performance of your system in the long run.

How to Read Your BC Hydro Bill

How To Finish Your CGHG Application After Your Solar System Installation

Polaron holds the distinction as Canada’s most trusted Solar Company. Having helped over 5,000 households go solar, we’ve grown to become Canada’s largest residential solar installation company. Starting from Ontario in 2013, we quickly spread across Canada in late 2017 and now operate locally in 5 provinces (ON, AB, NS, BC and PEI), all while cementing ourselves as industry leaders in the Atlantic. Our focus is on delivering a turnkey solution that includes design development, financial planning, installation, and professional maintenance. We have a dedicated team that works endlessly to ensure that every step of the process is accomplished with care and precision. Polaron takes pride in providing our clients with the highest quality solar panel systems and the most savings possible through our industry-leading low interest solar programs.