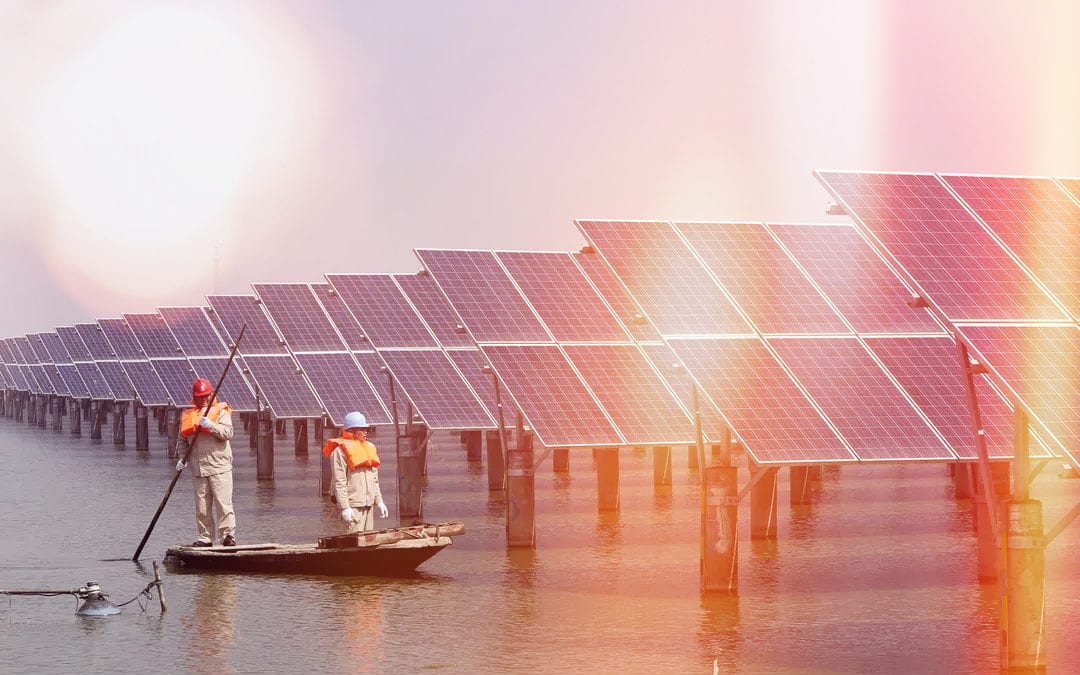 Large-scale solar farms require lots of land — which may be hard to come by in densely populated cities that may not be feasible. Many countries in Asia are beginning to solve the issue by floating solar panels on lakes, ponds, and reservoirs. According to a new study published in the journal Renewable Energy, floating solar farms on hydro power reservoirs can reduce solar costs and supply up to 40 percent of the world's energy.

Panels on water help alleviate numerous land-use struggles, as well as boosts PV efficiency as a result of cooling from the water and minimal shading. The water itself benefits from reduced algae growth and evaporation — a win, win, win.

Still, they aren't without their logistical challenges; they need to be far enough away to offer a size benefit yet close enough that installing and maintaining transmission lines doesn't become too expensive.

Researchers calculate that the hybrid solar/hydropower systems could generate roughly 10,600 terawatt-hours of electricity in a best-case situation— with global electricity consumption sitting just over 22,300 TWh (based on data from 2018).

Could this be the future of renewable energy on the scale that advocates had always envisioned?